Today we went to Coopers Rocks.  We found all kinds of new stuff.  It was Kris’s first time at Coopers Rocks and it was his birthday :]!  We climbed rocks+we went in caves that we had to squeeze through. 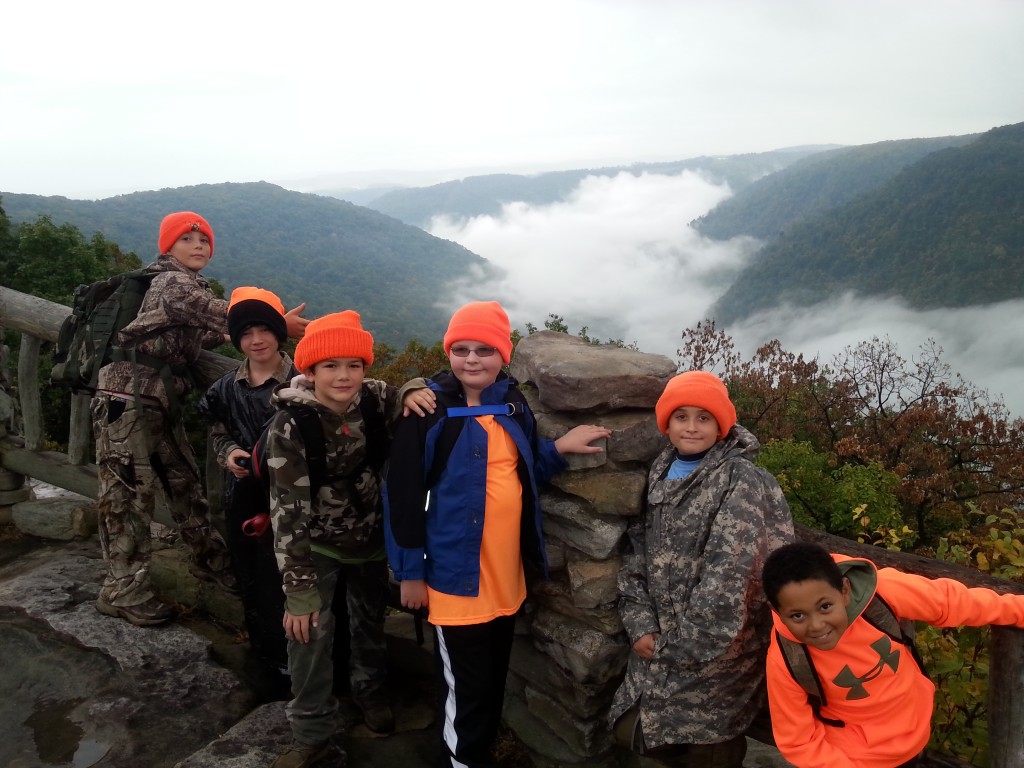 Here we are at the Overlook!  It was supposed to thunderstorm on us…but we didn’t cancel!  And we had a great (just damp!) time!  Woohoo.  For our international friends who don’t know, we are wearing orange because it is hunting season here in West Virginia. 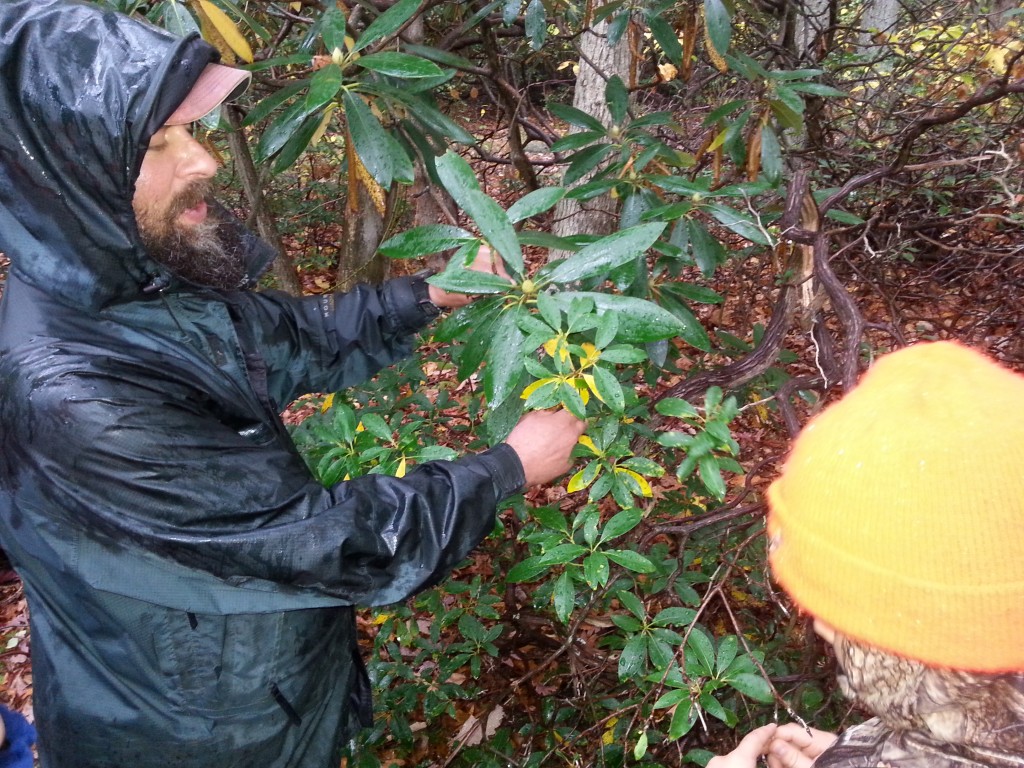 Here is Adam showing us how to tell Rhododendren and Mountain Laurel apart.

We also learned about a new animal and a new tree.

The most famous creature at Coopers Rocks, unique to the Cheat Canyon worldwide, is the Three-toothed, Flat-spired Land Snail, a.k.a. the Cheat Three-Tooth — and the only one protected by the Endangered Species Act.

There is habitat created for this snail at Coopers Rocks.

It is a beautiful sight to see one alive.  Here is a picture of the bark of an American Chestnut that is being affected by the blight.

Here is a map of Coopers Rocks, and we drew a rectangle around the area where we hiked today.  Thank you to Adam and Daniel for taking us on this fun hike today!